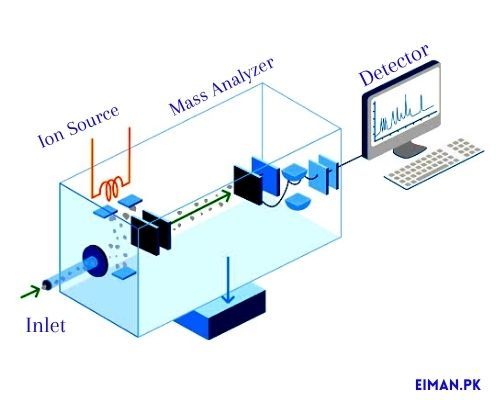 In this technique, a substance is first volatilized and then ionized with the help of a high energy beam of electrons. The gaseous positive ions, thus formed, are separated based on their masses to charge ratio (m/e) and then recorded in the forms of peaks. Mass Spectrum is the plot of data in such a way that (m/e) is plotted as abscissa (x-axis) and the relative number of ions as ordinate (y-axis).